Home
About us
Our Service
Feature Job
Blog
Contact

The below article is a list of words, features, or functions to use the camera to take pictures for beginners. Let’s start to pursue your passion by expanding your photography vocabulary knowledge. 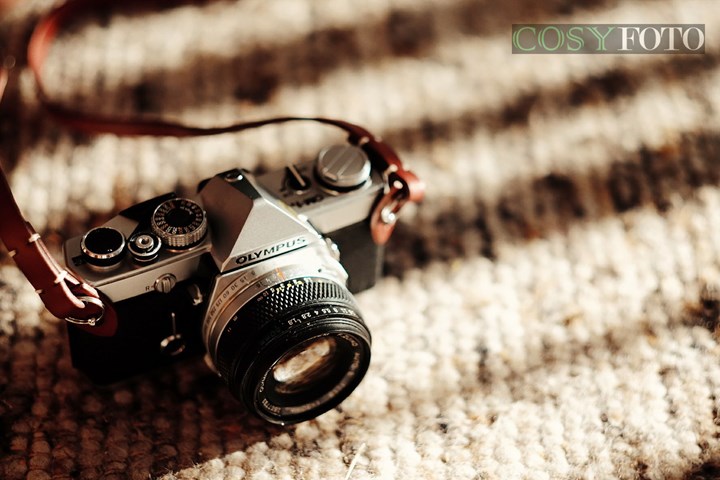 White Balance is the first one in this photography terms list. It refers to the modification through the process of removing impractical color cast.  So that color’s details are accurately displayed in your photo. 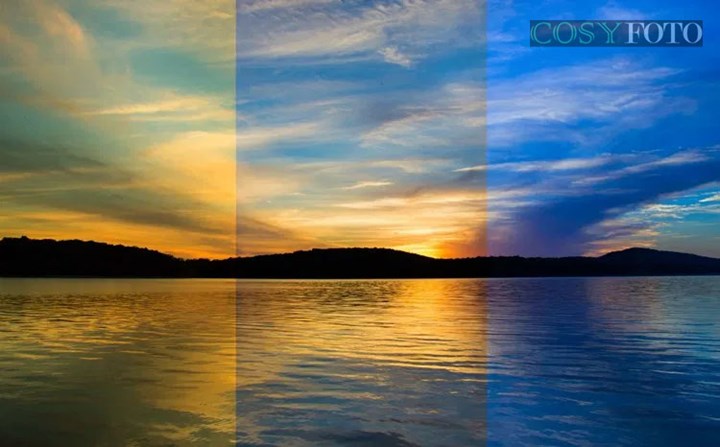 Understanding white balance in digital photography can help you avoid color cast, thereby improving the quality of your photos.

Composition is also one of the most important photography vocabularies we need to be familiar with. It is a term describing the layout of all elements in the photo. In other words, it is how the photographer chooses the association of things appearing in a picture frame. This helps create an appealing and harmonious picture and make full use of the amount of information they want to express to viewers. 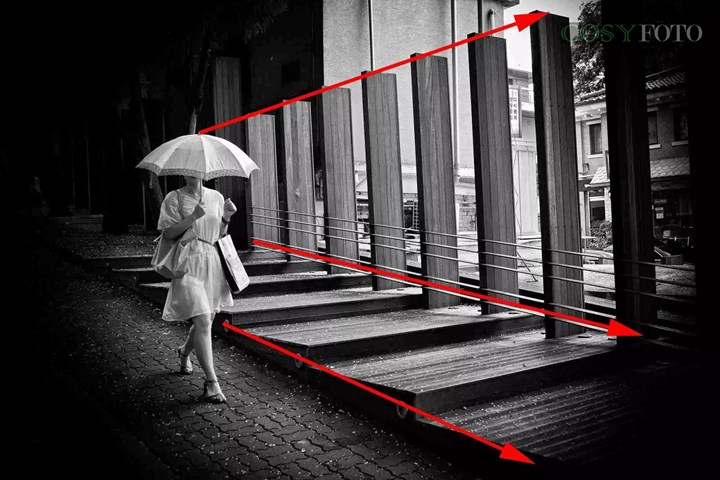 An ideal shot will combine many different parts into an aesthetically pleasing whole. Beginners should try some basic photography composition rules such as rules of thirds, negative space, symmetry… On the other hand, don’t hesitate to break the rules due to your creativity!

More about photography tips for beginner

Exposure is a photography term that refers to the amount of light a sensor receives in the course of taking a photo. This is the decisive factor in the brightness and darkness of the image, assessing whether the photo is overexposed or underexposed. There are three factors determining the exposure of an image is determined by the aperture, shutter speed, and ISO. They are known as the exposure triangle.

To take a good photo, from sharpness to depth of field, you need to balance the exposure triangle. To master this, reading isn’t enough, you have to learn through reality experience via practicing process

Shutter is a curtain metal device in front of the sensor. It is an important part of the camera, helping to regulate the amount of light reaching the sensor. This function depends on the shutter speed.

Shutter speed is the length of time the shutter is left open to let light enter the sensor through the lens. It describes how fast of the shutter is when opened, as the exact amount of time your camera records the image. It is another element of the exposure triangle. We can easily adjust shutter speed using a shutter dial.

Shutter speeds from about 1/100 second up to 1 second are relatively slow. A slow one is often used for taking photos of the Milky Way, at night or in dark environments with a tripod. 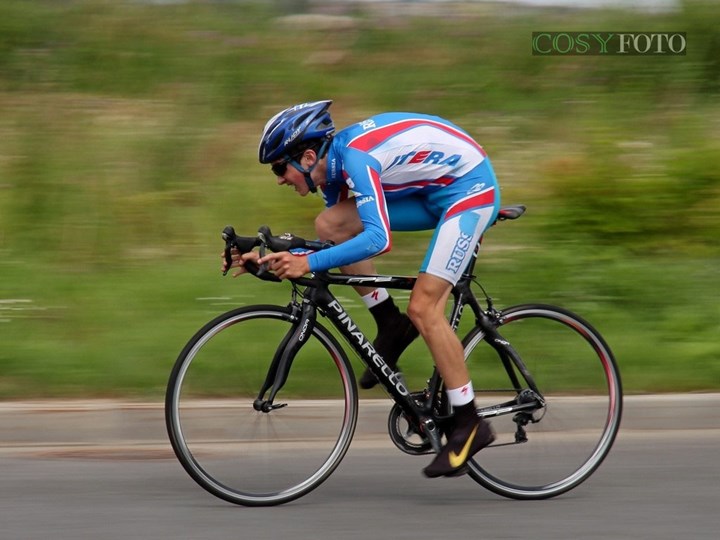 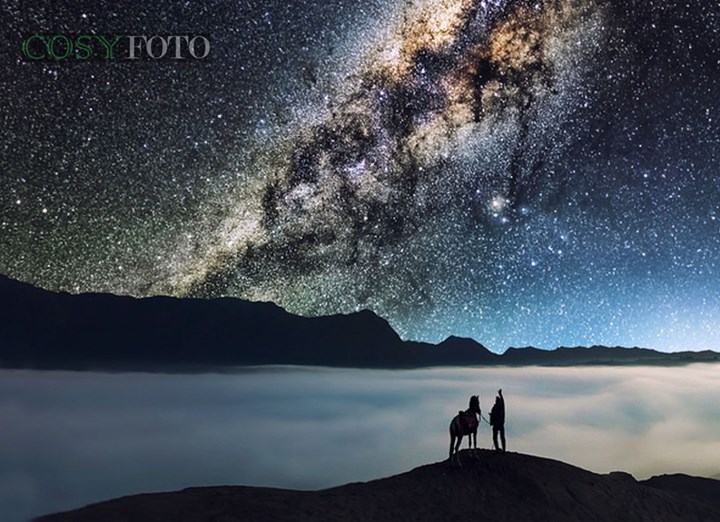 The term ISO derives from the International Organization for Standardization. As the sensor’s sensitivity to the light, it's always the first factor you have to set up on your camera. Generally, a higher ISO allows you to photograph in low light conditions. However, remember that the ISO degree is inverse proportion with the quality of the image. Therefore, be careful to abuse it.

Depth of field, short for DOF, is a term describing the space of clarity in an image. It is the distance from the nearest and farthest elements that are sharp and acceptably in focus in your photos. Let me illustrate by an example of a photo in which two subjects are at different distances from you.  Supposing the space between them is sharp while everything else is blurred, this space would be the depth of field.

DOF is one of the most common photography terms. Understanding about the technique is crucial for putting all the important elements in your image in focus.

The DOF of a photo primarily depends on 4 main factors. They are: circle of confusion, aperture (f-stop), the focal length of the camera’s lens, and the distance between subject and the camera. The relationship between DOF and aperture, DOF and focal length will be explained in section 5 and section 6 respectively.

Similar to human’s eyes, aperture is an opening through which light transmits into the camera lens. They can easily adjust its degree to match the background and color of the photo. In fact, the larger the aperture it may be, the more lighting the lens receives, and vice versa. Therefore, photographers prefer to use a large aperture when lighting conditions are low. That large and small apertures respectively present: f/1.4, f/2.8, f/4, f/5.6, f/8, f/8, f/ 11, f/16 …

Lens aperture directly affects DOF. Basically, a larger aperture results in a narrower DOF, making the key subjects foreground sharp and the background blurred. So it is a suitable choice if you want to take a portrait photo.

Conversely, the smaller the aperture, the deeper and wider the DOF, which sharpens all the subjects in both foreground and background. You can set the f-stop to around f / 11 or higher to achieve deep, well-suited DOF when you want great outdoor shots. 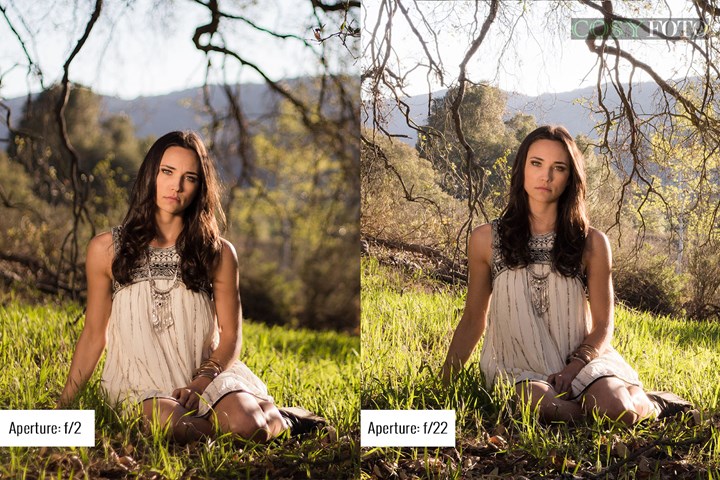 Focal length describes the distance in millimeters between the lens and the image camera sensor when the model is in focus. It signifies the angle of view as well as the magnification of the subject

With a short focus, you are in a close position to the subject when taking close-ups. With a longer focal length, you can shoot the subject from afar. For instance, a good distance from a camera to the subject when shooting with a lens whose focal length is 50mm is about 1.5 meters. Meanwhile, if you use a 200mm lens, the distance should be 4.5 to get a frame close to the angle of view.

Focal length also has a great influence on DOF. The longer you set your focal length the shallower the depth of field, and vice versa.

RAW is a file format saving the image as it was captured by the sensor, with minimal processing and no compression. Information about light, color, white need, sharpness, contrast, ... of an image will be transferred directly to the clipboard, making a file RAW

When shooting a picture with a digital camera, you have two choices: JPEG and RAW. A JPEG file is smaller, but doesn't capture the whole details in the photo. Meanwhile the RAW photo is 5 times larger in file. Professional photographers usually choose RAW because it gives a higher quality, easy to edit and change the photos’ size.

HDR or High Dynamic Range is a technique used to capture the entire Dynamic Range of a scene. The technique is based on photographing multiple exposures and then manually or automatically blending these images using software.

In photography terms, dynamic range is the difference between the brightest and darkest parts of an image. HDR (high dynamic range) is the process of increasing the sensitivity range (increasing the light-dark difference range). Artists use it to represent the scene more accurately and create a sharper image. 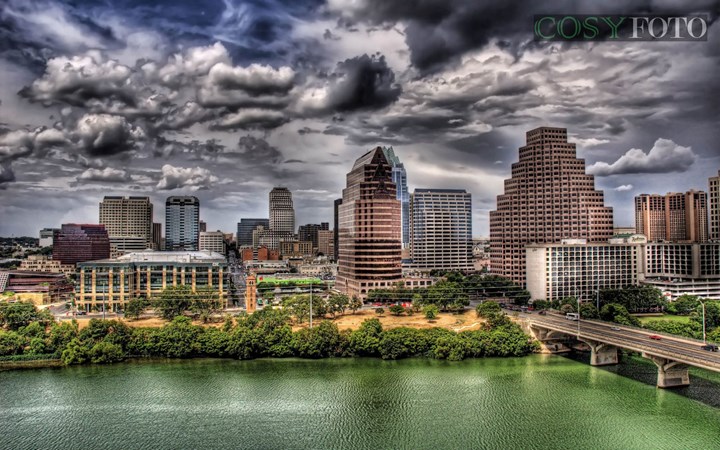 An appealing picture with HDR technique

Despite the feeling of more impression, HDR should not be used arbitrarily, but rather depend on the subject and your purpose. 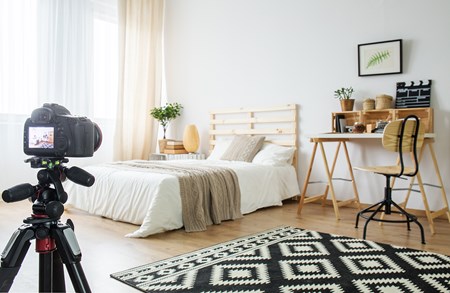 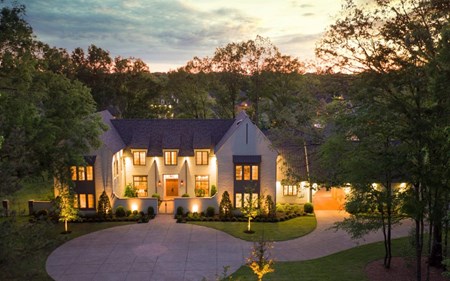 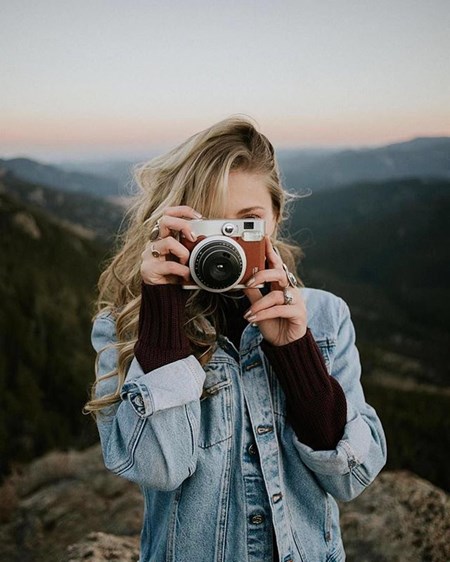 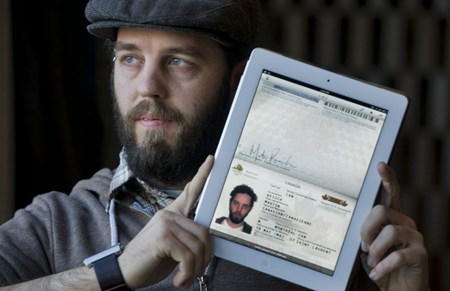 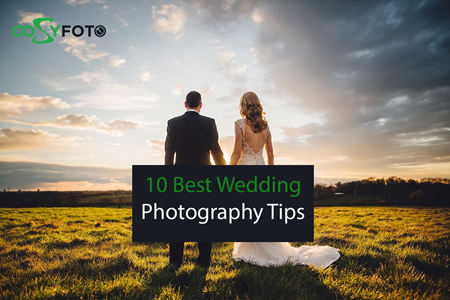 alt="">
10 of the BEST Wedding Photography Tips for Beginners Photography 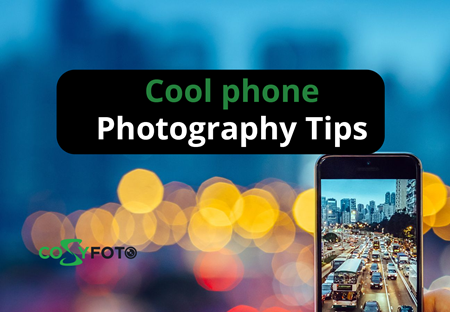 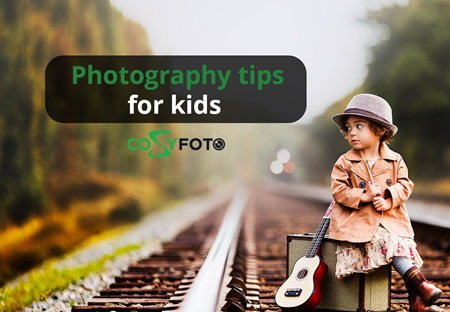 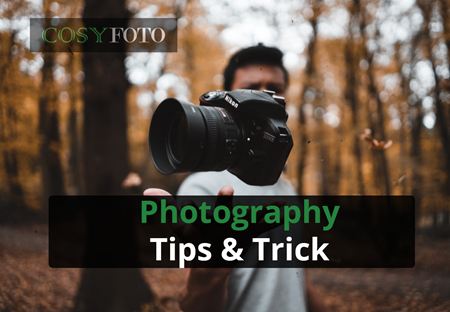 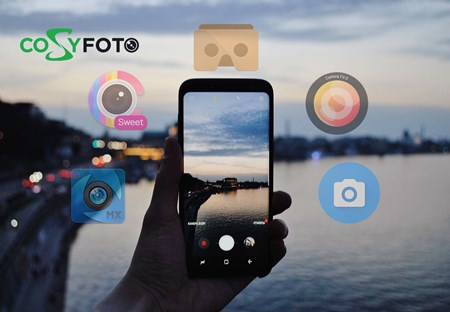 Copyright by CosyFoto. All rights reserved.